END_OF_DOCUMENT_TOKEN_TO_BE_REPLACED
Sign up to receive a weekly Wowbrary newsletter. 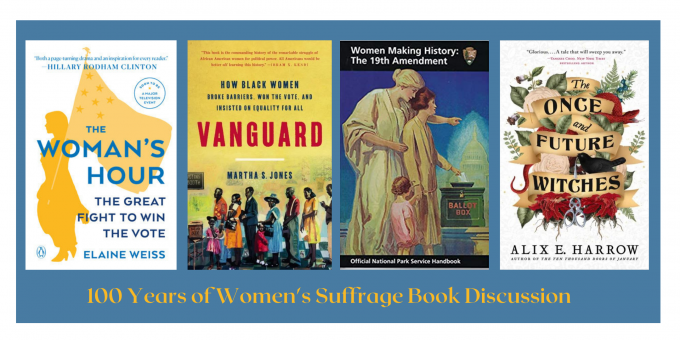 May 14: The Woman’s Hour: The Great Fight to Win the Vote by Elaine Weiss
June 18: Vanguard: How Black Women Broke Barriers, Won the Vote, and Insisted on Equality for All by Martha S. Jones
September 10: Women Making History: The Nineteenth Amendment Book, essays compiled by the National Park Service
October 8: The Once and Future Witches by Alix E. Harrow
Free copies of the book will be available on a first-come, first-served basis.